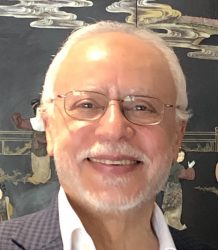 Ahmed ElHattab has been an active participant in the Islamic Philanthropy and Nonprofit sector in the United States since 1978. He joined the Islamic Society of North America (ISNA) full time in 1983 for 37 years, where he served as the Executive Director of ISNA Development Foundation (IDF) for 26 years, as well as ISNA Interim Secretary General for several years.

He was the President of the Muslim Arab Youth Association (MAYA) for two terms (86-87). He also has been a board member of the American Islamic College in Chicago (AIC) since 2013. Currently, he is the Director of Development at Sterling Charitable Gift Fund (SCGF) and the Center for Islam in the Contemporary World (CICW) as well as member of its Executive Board.