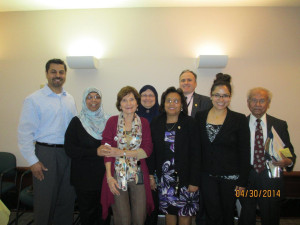 This program was developed to promote stable families and help domestic violence victims gain information about the resources available to them. The caseworkers at FAITH are committed to helping abused clients by providing crisis counseling, safety planning, legal representation, court advocacy, translation services and financial assistance. FAITH is a partner with Fairfax County and the Women’s Center to facilitate the visitation and exchange program for children impacted by domestic violence at the Fairfax County courthouse. The Safe Haven program has been funded by the Department of Justice, Office of Violence Against Women.

In February, FAITH’s Executive Director, Ambreen Ahmed was one of the upcoming National Alliance webinar about the effects of the immigration EO on domestic violence victims in the Muslim community, and how advocates can better serve them at this time. The National Alliance to End Domestic Abuse consists of a diverse group of advocates, mental health professionals, lawyers, researchers, and others from the DV community. 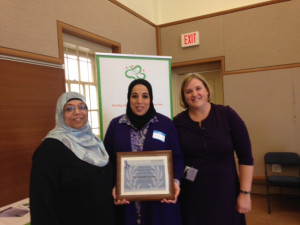 The webinar is: “The administration’s recent executive actions on immigration has caused confusion and fear among immigrant communities nationwide. Given that abusers often use the threat of immigration enforcement as a way to maintain power and control in the relationship, the recent executive actions may make survivors even more afraid to seek help. 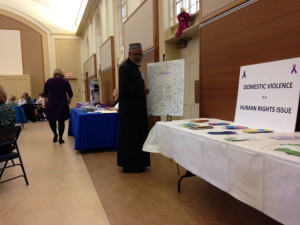 Fairfax County Board of Supervisors held a proclamation acknowledging FAITH’s work for Domestic Violence Awareness Month. DV Awareness Months intent is to connect advocates across the nation who were working to end violence against women, men, and children. This month, activities have three common themes that remain a key focus: mourning those that have died because of domestic violence; celebrating those who have survived; and connecting those who have worked to end violence. 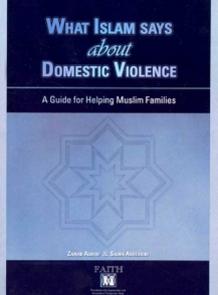 The FAITH Research department has created a guide for community leaders and domestic violence agencies titled, “ What Islam Says About Domestic Violence: A Guide for Helping Muslim Families.”

GRANTS THAT SPF PROGRAM HAS RECEIVED

FAITH is a partner with Fairfax County and the Women’s Center to facilitate the visitation and exchange program for children impacted by domestic violence at the Fairfax County courthouse. The Safe Haven program has been funded by the Department of Justice, Office of Violence Against Women.

In 2009 FAITH, Fairfax County and The Women Center of Vienna were granted the Safe Haven grant by Department Of Justice to establish a supervised visitation and supervised exchange center for children coming from families with domestic violence. FAITH also benefited from VAWA funding by being able to attend trainings on domestic violence and victim advocacy. FAITH has been keeping data on domestic Violence clients. Most of our clients are Muslim. This data on Muslims is able to give some insight to the Imams on their congregation. The Imams are looking forward to giving sermons on social issues which are prevalent in their congregation.

From 2006 to 2010 FAITH Social Services Domestic Violence Program was funded by the Legal Assistance for Victims grant in partnership with LSNV, APALRC and the Korean Community Services Board. With that funding we helped over 200 victims of domestic violence in those four years.

Interactive program that provides different segments to help individuals better understand FAITH’s Safe & Peaceful Families program. The toolbox is a compilation of Islamic Verses from the Quran on justice, freedom and equality, which are the pillars of society.

The Toolkits includes activities for outreach, such as Posters, Exercises to simulate peaceful families and how to approach it. Individuals are exposed to difficult scenarios and how to react to them, ultimately providing support to individuals or families. 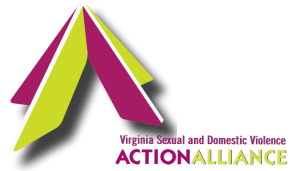