FAITH’s mission is to empower members of the community and we strongly believe that investing in education is a key aspect in creating a solid foundation for self-sufficiency and success in life. Pursuing an education has its challenges, one of foremost being the costs associated with higher education. In the interest of alleviating such obstacles, FAITH will now offer scholarships to eligible students based on financial need.

Through the donations of generous families in the community, FAITH is currently offering high school scholarships and a college scholarship. Please click on the links below to apply for the scholarship you might be eligible for.

Scholarship award notifications will be made by July 1, 2020

Click here to Email us with questions about scholarships

Please review scholarship eligibility requirements below for all scholarships before submitting your online scholarship application.

FAITH Scholarships in Memory Of 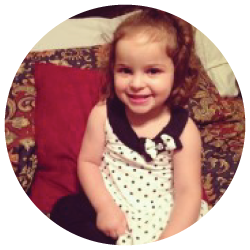 Lina was born July 5, 2012 with a full head of hair and an even fuller bubbly personality that brought constant joy and activity to our household. With an adventurous and curious nature, Lina ran before she walked and enjoyed chasing after her older brothers and sister as much as possible. Lina was smart, silly, and beautiful- making losing her the most painful experience imaginable. She will be forever missed by our family, devastated by the loss but hopeful we will be reunited one day.

In memory of our dear, lovely Lina and in the spirit of Islamic charity we are committed to helping our community youth further and expand their education opportunities with the FAITH Lina Hafassa scholarship. 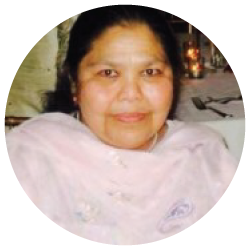 Farhat’s maiden name was Farhat Bano. She was born in Patna, Bihar, India in 1952. She had eight (8) brothers and four (4) sisters. One of her brothers, Dr. Kalim-ur-Rahman, PhD, was the Dean of the University of Karachi, Karachi, Pakistan during late-1990.

Emergency Room doctor at the Fairfax Hospital, Fairfax, Virginia said that Farhat died due to a blood clot in her lung on February 05, 2015 at the age of 63.

She graduated from Patna High School and had a B.A. from Patna College, Patna, Bihar, India. She was married to Vakil Ahmad Khan in 1972 and migrated to the United States in 1973.

During 1977 – 1987, Farhat lived in Alief (Alief, Texas (currently Sugar Land, Texas) used to be a southwestern suburb of Houston) Texas and did some social welfare work there. There was a group of Indian and Pakistani families and she was popular as “Farhat Baaji” among them.

In 1988, she moved to Woodbridge, Virginia. In 1989, the Muslim Association of Virginia (MAV) was established there. Her husband, Vakil A. Khan was one of the founders of MAV. In 1993, MAV founded Masjid Dar-as-Salaam (currently Dar-Al-Salaam Islamic Center) at 15250 Dumfries Road, Manassas, Va. Farhat was a volunteer teacher for teaching the Holy Quran to children on Sundays at Masjid Dar-as-Salaam. During her lifetime, she used to help needy people secretly to the best of her ability.

She was beloved wife of 43 years to Vakil Ahmad Khan, loving mother of Shakil, Aqil, and Adil, loving grand-mother of four (4) grand-daughters and three (3) grand-sons. She is also survived by a brother and a sister. She was a dear auntie and friend to too many.

We have the following verse to her memory:

May Allah SWT bless Farhat and rest her in peace and heaven, Aameen. 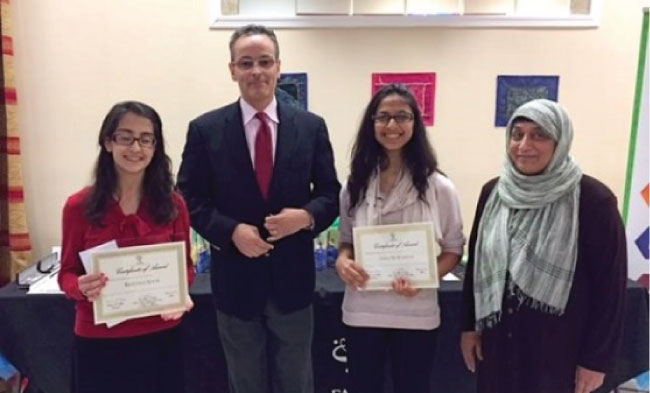 The FAITH Scholarship Committee hosted an Award & Fundraiser Dinner on Thursday April 23rd, 2015. At the event, we awarded the recipients of the 2014-2015 FAITH Lina Hafassa Scholarship Fund. 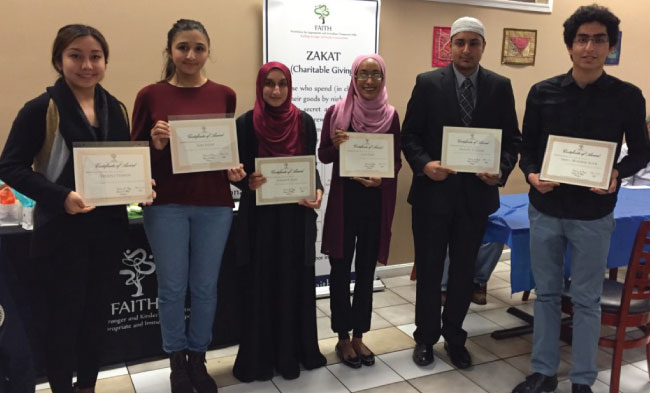